WordPress has a millions of users. I’m not sure what the attraction is. I think it’s easier to have a personal page on Facebook. WordPress is fun to mess around with but I don’t think a WordPress page gets nearly as much traffic as a  page on Facebook or Twitter.

I recently joined Netflix again. I like some of the Netflix exclusive series. Beats paying crazy dollars for cable or any of the other pay services. I’ll use it until I watch all the series or run out of movies I like. Now that I have good internet access my options have improved a lot.

Looking for a Life

I trying like hell to move on. Talking to lots of people from the real world. I think they´re are just trying to sound good. I don´t believe they have any intention on helping me. That´s OK. There´s nothing but trouble for me out in the real world. I was supposed have a visitor today at 1:00 – 1:30. It is now 2:00 and nobody had showed up yet. Maybe Ms Green is talking with them trying to persuade them that she is not the anti-Christ. She can talk all she wants but I make all the decisions. Not her. I sent out 20 emails trying to contact someone from the list I was given. I got 2 responses out of all of them. Most did not reply at all and many of the emails bounced! That right there let´s me know there is a lot of incompetent and unreliable service workers out there. I really think it´s just a matter of finding someone that wants to help and has the resources to do so.

Finally after 4 years the facility has given me wifi access. I’m not sure how long it’s been available. I haven’t asked for it since I got here. It’s a little flakey. It doesn’t like my external antenna sometimes. It’s probably a MAC address thing. So what else is going on? I’m slowly fading away but that’s OK. I’m not happy so making an exit would not bother me. My legs and feet are getting worse. I saw a vascular guy and he told me eventually sores will develop and I’ll need surgery. Two agencies are working on my case to get me out of here but I know that’s a long shot. I have to keep my legs elevated so I’m in bed a lot. That’s it for now.

Posted by Wolf May 2, 2018 Leave a comment Category: New Posts

Wow! This site is slow. I wonder why? Is because wordpress has millions of users? Who would use wordpress when it’s so sloooooow. I know nobody is going to see my page so I’m not the cause of the slooooownesss. Ok enough said. I’m just messing around.

Getting over the flu. I’ve had it for over a week now. I came down with it the night my wallet was stolen. I’m glad they found it. I would have never been able to replace all my ID. The staff wasn’t too kind about the whole ordeal. They were more concerned about covering their asses. If they weren’t sleeping my wallet would not have been stolen in the first place.

I’m so excited. I’ll soon be a MasterTurker and will really be making the “Big Bucks”! I’ve only been Turkin for over 3 years so this is a big deal for me. I’ll be getting a plaque and a gold watch for my efforts. I had to find someway to pay for all the shipping fees Amazon charges. Anywhoo has anyone seen this chick before? I have to know what her name is and where she is from. 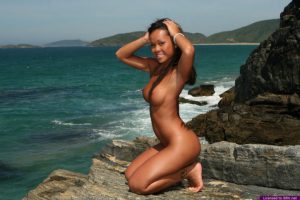 What is her name?? Where is she from?

The NFL needs to get a handle on this kneeling shit. Jet lost to New England today They were robbed of a TD due to poor officiating. Is that a word? We’ll just say the officials mad a bad call that lost the game for the Jets.

The Media are CryBabies

So the media is crying over something Donald Tweeted. I have no idea what’s going on in my country but I know all about Donald’s Tweets. The media people are all a bunch of CryBabies!

Busy Week. Had Echogram and various tests at South Nassau. Thursday I follow up with Cardiologist. The transportation went OK. I don’t like dealing with the employees here. My next door neighbor went to the hospital. I don’t know when he’ll be back. Picked up two Fedora’s last week. It’s been a while since I’ve post anything here so let’s see if it still works.

Time for a new pc

Well, it’s time for a new PC. I’m not sure what I want. I don’t have much desk space but I’m tired of laptops. I’d like to get a nice desktop PC but I don’t think one will fit. I’m bidding on EBay so I’ll se what comes up. It’s silly to go crazy because whatever PC I get is only going to be as good as my internet connection. The WIFI I use is OK but I don’t think my connection utilizes the full potential of the PC I have. The main reason I want to upgrade is to get a larger screen. I’m going to go blind if I keep using the one I have. I don’t need anything fancy because I spend most of my time in a shell which does not need the heavy duty requirements the kids look for these days.